The gaming industry has undeniably gained international popularity in recent years. Every year, the increasing number of companies from completely different industries are becoming interested in e-sports. No doubt, their executives foresee huge opportunities in establishing strong links with the constantly developing gaming industry. One of the biggest surprises for all e-sports fans is the recent cooperation of famous fashion houses with the gaming world. The fashion sector is, probably, the latest thing that comes to your mind when you think of e-sports. Nevertheless, the gaming industry is not limited to bets and slots online. Be sure, this area is much wider, and it is continuously growing.

Considering all the above mentioned, the article deals with 3 fashion luxury brands that have recognized the market`s prospective. Let`s get a more profound look at this remarkable event.

Armani Exchange
The first brand on the list is Armani Exchange. Being developed under the famous name of Giorgio Armani, Armani Exchange is known for the release of modish garments affordable to a large segment of consumers. The brand aimed at creating a collection of everyday clothes, which was intended to become an ideal reflection of the vibrant rhythm of metropolitan city and modern life. The company, working in cooperation with the organization MKers, became a sponsor for one of the Italian companies. MKers participates actively in several games, such as Rainbow Six Siege, FIFA, and NBA2k.

Gucci and Fnatic
The next organization listed here is Gucci. The brand collaborated with the most successful European brand Fnatic, implementing the spirit of the game into their new collection of watches. Two globally recognized corporations designed limited-edition dive watches, exclusively sold on the official Gucci web store. The most dedicated fans were able to purchase one or several exemplars out of 100 paying £1150 per each. But Gucci pays its valuable attention not only to the top of e-sports but also to the gaming platform being interesting to approximately 150 million vigorous players in a month. We talk about Roblox, in which Gucci participated in the time-limited event selling its digital goods for Robox players. Being sold in a definite limited period, the goods cost cheap, but later, on the online auctions in the game world, they were considered as unique collector’s pieces and became expensive and highly valuable. To prove this, the digital version of a bag, which can be used only in the virtual game world, was sold at an enormous price of $4,000. 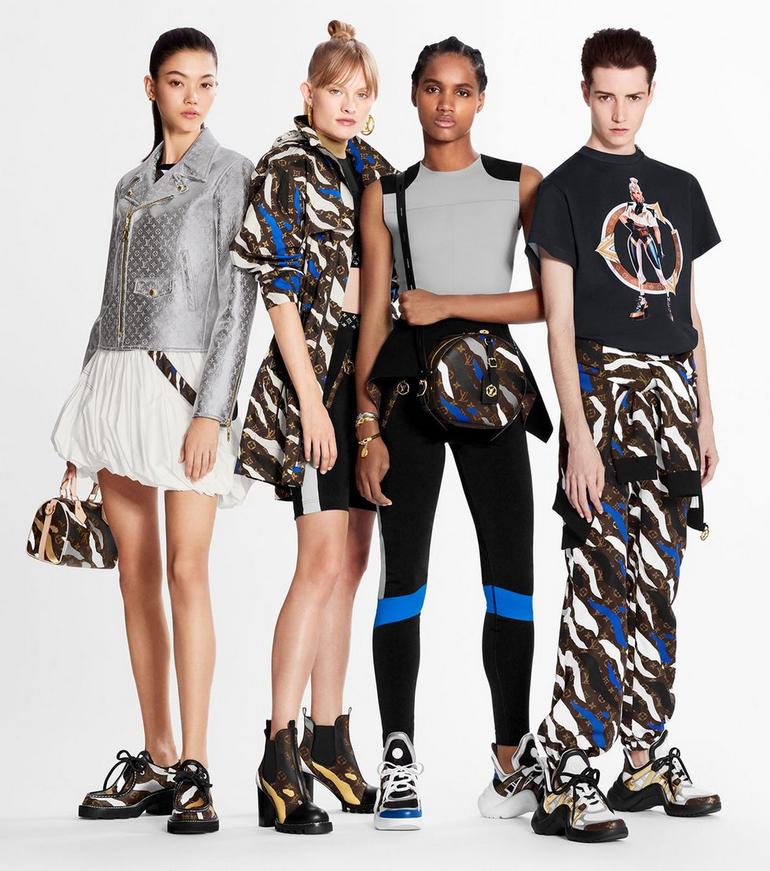 Louis Vuitton and League of Legends
If you are a dedicated gamer or an appreciator of the latest fashions, you may have heard about the Louis Vuitton first partnership for the League of Legends World Championship Finals in 2019. The popular French brand designed an outstanding trophy coffer and released special Prestige Skins for LoL Champions Qiyana and Senna, as well as created an exclusive clothing collection. All the actions were worth their efforts as the goods were sold almost instantly.

Keeping in mind the previous international success, the company went on collaborating with Riot for Worlds 2020. The two-year common work gives grounds to add Louis Vuitton to the list of long-term partners for Riot and League of Legends as the most important upcoming tournament.

No one knows what significant or, maybe, extraordinary cooperations wait for us in 2021. On the other hand, it is absolutely obvious that the number of fashion luxury brands forming business relationships with the gaming industry will increase. The reason for this is simple and open – this is the easiest and fastest way to attract the younger audience to the luxurious world of posh clothes. No need to pass judgments or criticize brands for their profitable intentions ­ let`s enjoy the unbelievable and breathtaking results of their commitment.