Indulging ourselves with the occasional sweet treat is one of life’s little pleasures. Whether you’re enjoying a lavish meal at a restaurant and decide to spoil yourself with a tasty dessert at the end, or you simply pop into your local supermarket and pick up a pack of éclairs or donuts to feast on later, there’s something so nice and yet naughty about trying a tasty treat.

But even the most hardened fans of sweets and other treats can often be put off by an overinflated price tag. There’s nothing worse than forking over a lot of cash and getting nothing more than an amuse-bouche sized pudding. Those looking for the ultimate indulgence however will certainly take great pleasure in this tasty list of the world’s most expensive desserts. 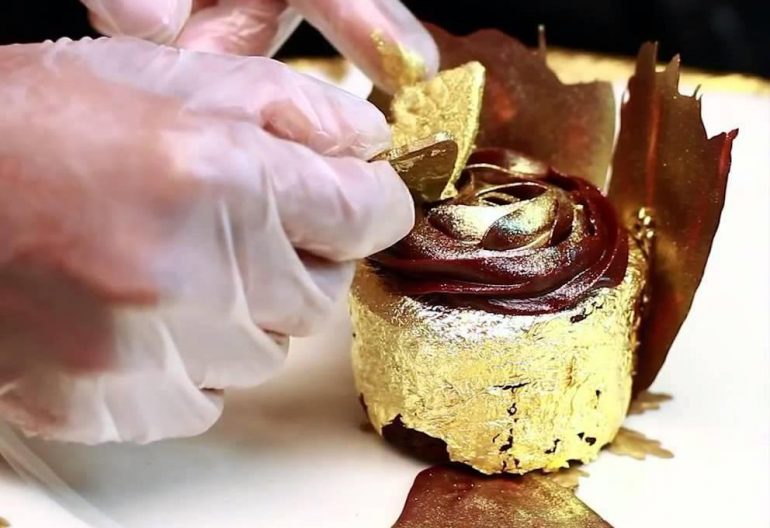 THE GOLDEN PHOENIX CUPCAKE, $1,000
Surprisingly even with its $1K price tag this just happens to be one entry in our list that is actually at the lower end of extravagance. The Golden Phoenix Cupcake is available to buy from the Bloomsbury’s Boutique Cupcake store in Dubai available to their super rich residents looking for lavish treat. The cupcake itself is covered in a special 23-carat gold edible sheet and made with Ugandan vanilla beans and Italian cocoa.

SERENDIPITY 3’S FRROZEN HAUTE CHOCOLATE, $25,000
This amazing chocolate sundae set an official Guinness world record for the world’s most expensive dessert back in 2007 and was made with no less than 28 different types of cocoa, which included a number of particular exotic and luxurious cocoas from around the world, frozen milk, cream and truffles. The sundae itself also came complete with 1-karat white diamonds, an eighteen karat gold bracelet and even a golden spoon and goblet.

READ  From Grace Kelly’s stunning Cartier sparkler to Jennifer Lopez’s Harry Winston charmer, these are the 11 most expensive rings spotted on celebrities

STRAWBERRIES ARNAUD, $1.4 MILLION
Whilst a baked dessert may not be what you’re after thankfully for those rich enough to be able to afford spending huge sums of money on a delicious after-meal sweet can also select a more fruity option. These incredibly expensive strawberry desserts were available at Arnaud’s restaurant in New Orleans for a whopping $1.4 million. But what made them so costly? Aside from being marinated in the finest port they were topped off with a 4.7-carat pink diamond ring along with cream and mint. Not only that but they were also served along with port that was decanted from a special $25,000 Charles X crystal cave set. 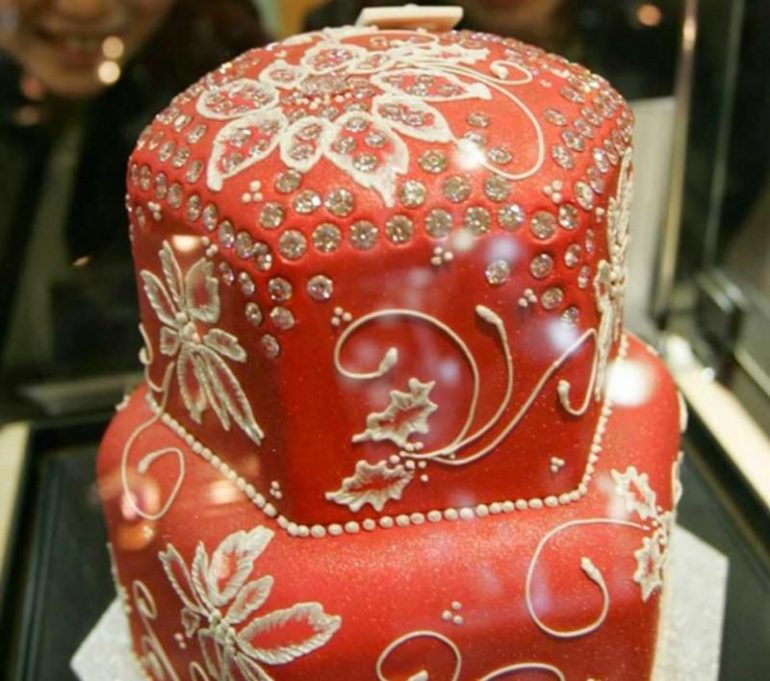 DIAMOND FRUITCAKE, $1.7 MILLION
A star feature of Royal Vegas’ list of most expensive desserts is this rather un-humble looking fruitcake. This incredibly steep and costly creation was the masterpiece of a Japanese pastry chef who worked on the cake for no less than 6 entire months from conception right through to production. It took a month to put together and was ‘caked’ in no less than 223 separate diamonds. Even though all its other ingredients were kept firmly under wraps you can certainly how this special Christmas cake would stand out on any dessert tray.