While airlines like Cathay Pacific and Emirates are ruling the mile high club with their signature service and gourmet menus, there is an entirely different dimension to flying a few special carriers. On an Eva Hello Kitty flight, the first element that grabs your attention is the pop of color accompanied by the adorable Hello Kitty theme. Similarly, ANA Star Wars flight and Alaska Airlines Disneyland adorn similar elements of fun and creativity.

Loaded with some unique features and experiences, these carriers in collaboration with different themes and brands create an unusual experience onboard, thereby curating an entirely novel concept. Given the hype around these fictional characters and successful franchises, its going to be rather interesting to witness the boom of these carriers in a newly founded market. With the increasing demand in offbeat travel expeditions and adventures, theme-inspired travel is undoubtedly a concept to look out for. Interestingly so, these themes have also found their way on the airline’s website. Personally, I think the entire concept is rather interesting and a refreshing change to the otherwise monotonous trend. More so, the fares on these carriers are reasonably priced, and given how everyone appreciates a cheap flight, the idea is well received. 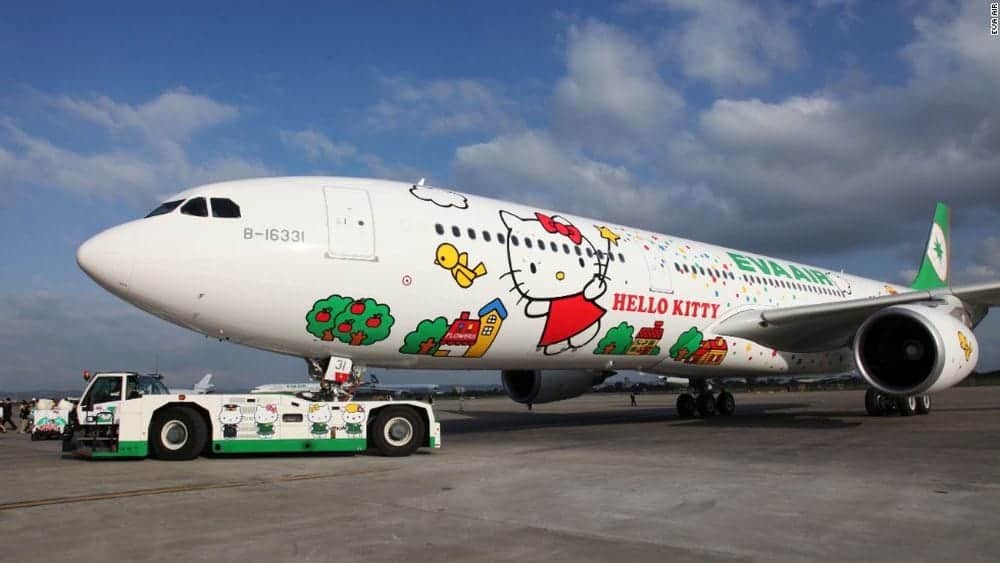 Only a couple of years back, Taiwanese carrier Eva Air in association with the much-loved Hello Kitty brand fashioned six special themed carriers. Dipped and decorated in everything Hello Kitty, these aircraft are currently operating on eight routes; namely Taipei – Tokyo, Sapporo, Fukuoka, Seoul, Guam, Shanghai, Hong Kong and more recently, Los Angeles. From your tv screen and boarding pass to the exteriors of the plane and the flight attendant uniforms, it’s all about the Japanese fictional character. If that was not enough, the on-board restrooms adorn Hello Kitty toiletries and the in-flight meals entail food and cutlery inspired by the character. It’s undoubtedly got to be one of the most amusing and adorable flights yet!

Considering Star Wars formed an integral part of almost everyone’s childhood, it’s only fair that Japan’s All Nippon Airlines collaborated with the successful franchise. 2015 saw a couple of aircraft being heavily branded with Star Wars paraphernalia. In addition to the Star Wars logo on the planes’ exteriors, the seats, as well as the food and cutlery, sported the signature Star Wars color combination of yellow and blue. The concept got even more attention when the Star Wars cast flew to London on the aircraft.

In yet another exciting collaboration, American Airlines teamed up with Disneyland for a fleet of Disneyland inspired carriers. One of the carriers, a Boeing 737-800 is named “Adventure of Disneyland Resort” and took a 34-member crew 29 days to paint the plane. Four Make-A-Wish children from Washington and Alaska, and their families, we’re on the inaugural flight and spent a few days at the Disneyland Resort.